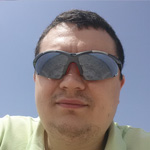 About me in brief:

Persevering because I'm not leaving any unsolved problems. Through intense study and a lot of work, I have fulfilled hard-to-achieve demands with a lot of confidence in my own powers. I love the challenges.

Organized in nearly everything I do, creating routines for almost anything. I'm hosting & backup & monitor over 130 websites, and this doesn't take all my time, on the contrary. I'm using bash, cmd scripts and crons.

User experience oriented in general. Often, after I deliver a project, I observe how the customer use the program or I ask different people to use it and them, unknowingly, become testers and the testing process is masked in a free to use service. The final scope is to create intuitive and easy-to-understand UI to reduce the number of questions and shortening the training time.

Self-taught because I've learned to program, and I still learn, for the need to solve certain problems and to streamline processes, by curiosity and by the desire to see online the projects I'm working on, as soon as possible. I'm currently creating applications in Delphi, PHP and Javascript, but I'm not afraid to try new things.

Over the time I've developed a custom CMS, extensible and optimized for SEO and speed, that boosted the search results in Google for dozens of websites from different activity domains. The latest version of this CMS is based on Yii2 in backend and Angularjs for Admin Area.

I started programming since 1998, from middle school, on an old computer HC90, which I bought from a friend for a few beers (it's not what you think, at the age of 14 I used beer as exchange currency).

In 2004 I met the microcontrollers (in a project that I will tell you only if we get to know each other)
and started some programming for it in assembler at first. After some ASM projects, full of bugs but very low memory footprint, I discovered Proton Pic Basic for microcontrollers that resembled what I already knew.

Then I discovered Visual Basic 6 in which I created some applications, moreover  for self-teaching purposes: real estate management, file sharing (a new way at that time) with a third party server, installers, backup with archiving and upload, bots for Mirc and Yahoo Messenger and an incomplete primary accounting software.

In that period I also created a browser-based online game that requires a Windows machine as server and consists of a program written in VB6 as an HTTP server that generates HTML pages. The game originally was online on footbalmania.net domain, and later I rewrote it in PHP and moved to gogoal.org. Currently, the game is retired from online and put on stand-by because lack of time.

HTML and CSS I learned because I need it for the football manager game, using an editor with autocomplete function.

In 2007 I got my first job as a programmer. Starting with this moment, I practiced intensive programming in almost every day.

The first website, an entertainment portal, was fully written in PHP, and the website navigation I chosed to do it with AJAX. Not knowing by jQuery at that time, I had to create my own AJAX functions as well as some Javascript libraries.

Then, beside websites, during 2007-2011 I created complex applications within the webdesign company I have worked in:

Until 2009, I set the foundation of qEngine alpha, a proprietary PHP framework, developed after many requests of functionalities from both customers and internal needs and by the need to reuse the core of an online application. At first I did not name it because it does not exist as a distinct product but only a collection of functions and libraries.

Altough I was decided to create a Javascript framework too. But at the suggestion of a friend, I tried jQuery, which did everything I needed and many things I did not even know I needed.

Starting with year 2011, I took an important step in the programmer's career and I decided I could do more things on my own. So I started to work as self-employed, having my own customers and projects in Constanta in the beginning, then from Romania, projects throught collaborators, and a few gained on freelancing portals.

During this time, I started to learn Linux administration, because I had to switch from Shared Hosting to own servers, because of the growing demands for resources for projects. I have tested many webhosting applications such as: Cpanel, Kloxo, Virtualmin, Zpanel, etc. The final conclusion was a LNAMP system based on Vesta CP, which comes packed with Apache for legacy with old code and Nginx as a reverse proxy and static media delivery. On this platform I also implemented some API's: Whois, HTML2PDF, image resize, CDN with load balancing to other servers dedicated to storage, ip rotation for mailing, etc.

At the end of 2014 I tried to write qEngine v3 based on Yii1, but I quickly abandoned the project because Yii2 was just launched.

At beginning of 2015 I start working at qEngine v4, based on Yii2. qEngine has become iqApp and uses the latest web technologies:

iqApp v4 is at beginning and at this time I created the client area of cloudpro.ro platform, as well as this website. It is created having the following in mind: user-friendly, intensive caching, multi-language, mult-currency and "write once, run anywhere" by using Angularjs.

Since 2014 I started working on a billing software in Delphi, the previous version of that program was written in VB6. Despite somewhat outdated language compared to C# or .NET, for example, I appreciated the practical benefits of the Delphi solutions:

Also in 2015, while I was working on a Delphi project for inventory production and management, at the customer's request, I had to change the default UI from delphi with a theme chosen from many sent as proposal. The problem was that the theme was written in HTML+Bootstrap, but the application must remain installable on the customer's PC. So, I used Chromium, the engine behind Google Chrome, for the view part of the program, exe compiled in Delphi as controller and SQLite for database.

And so, from near to close, starting with assembler, I've come to create "write once, run anywhere" (WORA) applications including browser-based.