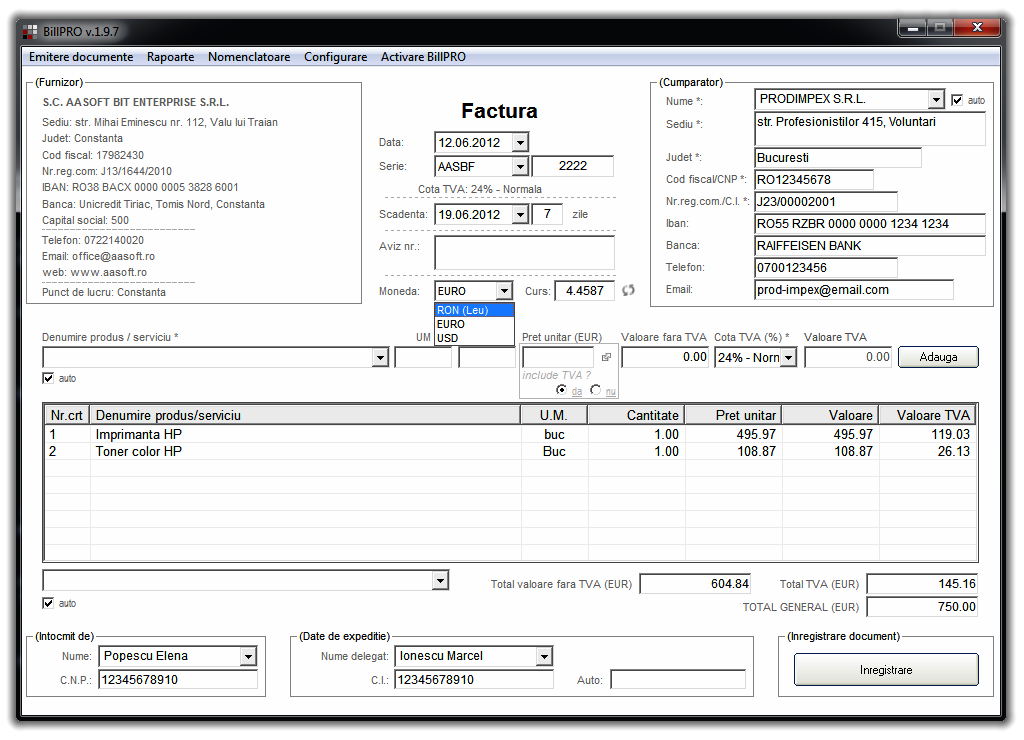 BillPRO is a project started by other programmer that I joined in 2013.

Initially, the program was written in VB6 and was an invoicing software that even looks like a real invoice, unlike what exists in Romania.

As things are fast evolving in the IT world, it was required an API and various improvements and optimizations. I've rewritten functions that wasted CPU time and resolved various bugs, I've made the program multi-company, multi-currency with currency exchange update, db backup, etc.

However, with the release of Windows 8, and then Windows 10, then the upcoming updates, VB6 proved to be out of date. Always I had to patch some dll or some ocx, in some cases they must be registered with regsvr32, in other cases they must be moved to system32 folder, etc. A whole headache.

In addition, I was looking for solutions for to create "write once, run anywhere" (WORA) applications. One of the variants was to use Javascript and a framework like PhoneGap or other alternative, but it is not compile for Pc and MacOS.

So, after many years rejecting Delphi in favor of VB6, the new Delphi Firemonkey (GUI) allows cross-compilation, we decided to rewrite the software in Delphi, using a responsive layout, to compile it for: Windows, MacOS, Android and iOS, and with small adaptaptions even on Linux.

The new software was started with the following priorities:

The new BillPRO, the Delphi version is in testing phase right now and will be launched soon.