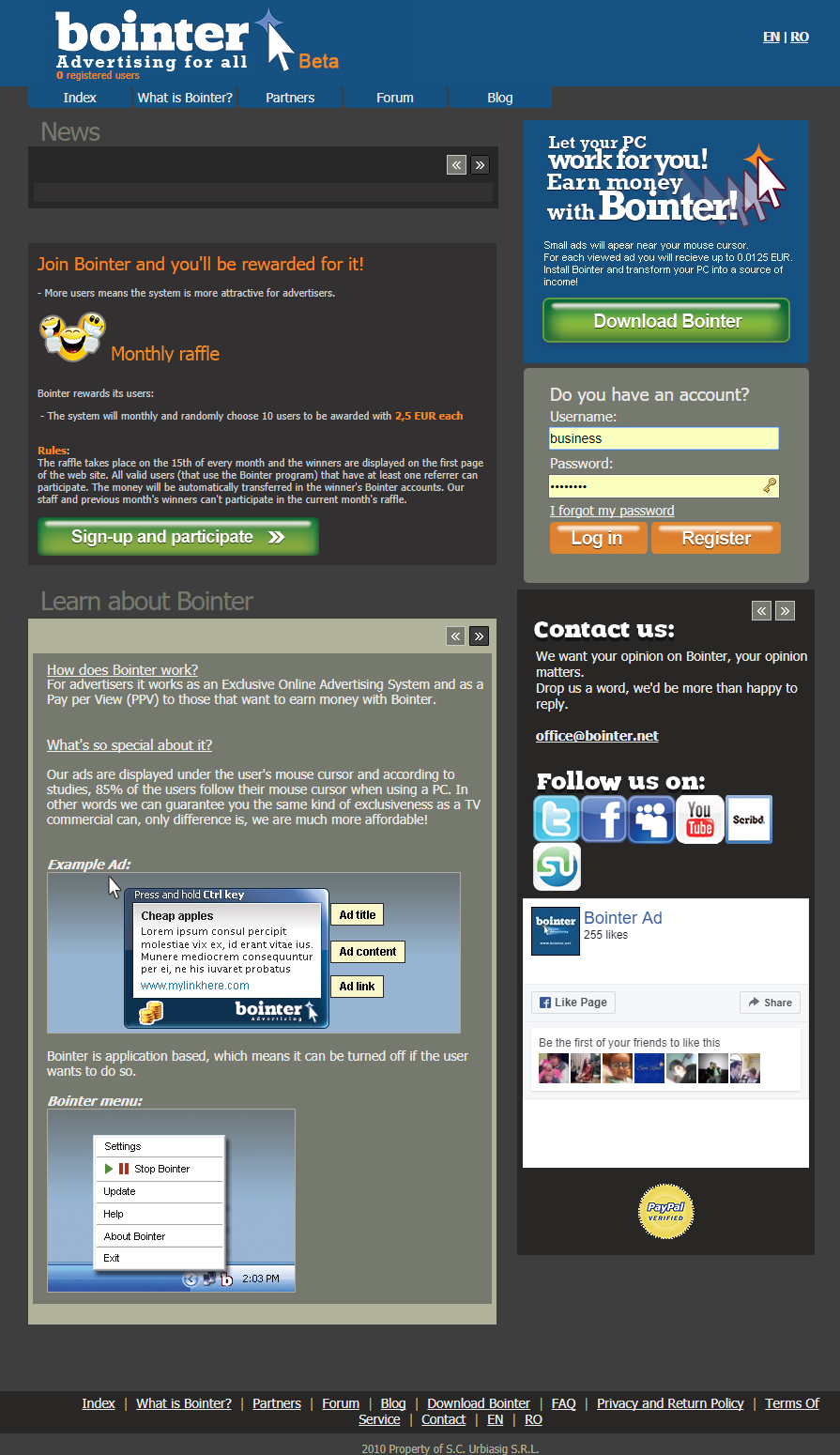 The Bointer project started from a play one evening.

I wrote a Javascript script that was interted on www.gogoal.org , at that time a browser-based game, and transmitted the mouse path to the server within the capture range of several tehns of miliseconds. In 2009 there was no Node, so the transmission was at a few miliseconds, and I could see almost in real-time the mouse cursors of other users from the page.

I showed the idea to the team and they loved it. Then came a series of ideas for improvements from them.

Still playing, it became a project and adopted by the company where I was employed and associated.

It later become a tool for traffic monitoring with real-time repports, but also the ability to let users to see each other on a webpage and communicate between them through a chat.

It was a great sensation to see other dozens of other mouses on the page where you are. So we tought to customize with names and cursors that will appear the same on all websites that uses Bointer service.

We wanted to monetize this system too, so we decided to place some ads through this system and to let the website admin to show some messages, but different by those annoying pop-ups. There where ads that followed the mouse cursor.

So the Bointer 2.0 was born: the advertising network.

The graphics was created by the company's graphic designer and converted from PSD to HTML by me. The framework that I used was iqApp v1 alpha.

I created the ads creation interface with real-time demo.

Because of the NDA, I can not further detail this project. Images are obtained from www.archive.org