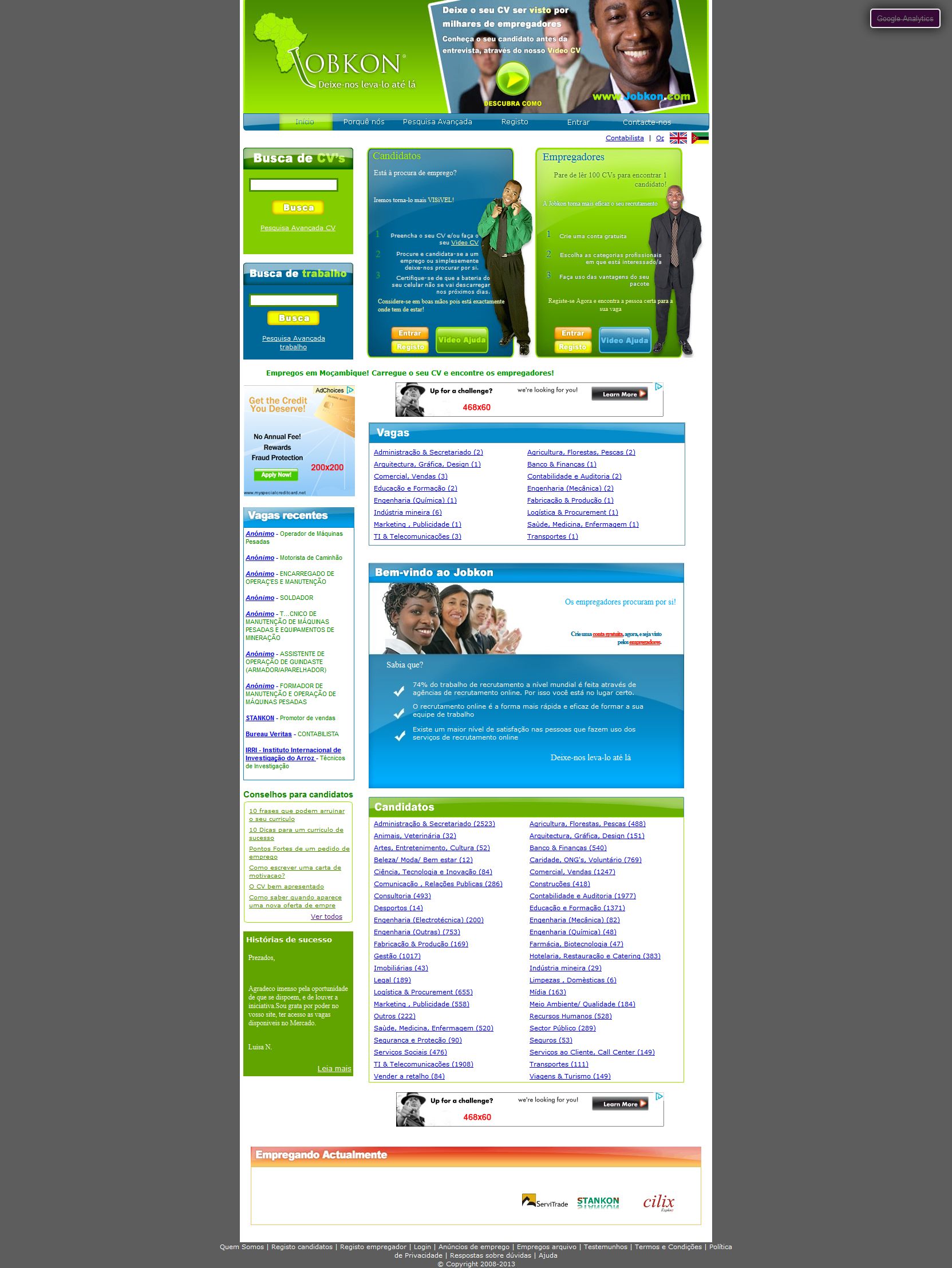 The Jobkon platform was created between 2009 and 2010 for the client of the company I was employed and associated for the South African Countries (SADC) market.

The client asked us for a job platform that is not loaded with too much graphics and will load quickly, given the very low internet speed of that area.

Graphics was done by the company's graphic designer, and I made the conversion from PSD to HTML. Although it looks like the site is loaded with graphics, we used CSS as much as possible, scalable horizontal or vertical scalable pixels depending on the situation and delivery of static files from CDN. We created video tutorials using flash and vector elements, resulting in HD movies for over 5 minutes with only 500Kb. Being vector animations and not frame by frame, they could have as much length. The size increased only once with the number of distinct elements.

The job platform allowed the creation of an online CV, PDF export, job search and alerts according to chosen criteria, jobs with restriction of application if the conditions of education or experience, search and alerts were not met, PayPal payroll or bank transfer service packages for employers.

Even though the site was created with a minimal amount of graphical resources, while keeping a minimal complexity, often its administration was cumbersome given the high volume of information and low internet speed.

So I wrote a VB6 client application that synchronized the local database with the server and allowed the administration of CVs and jobs without being dependent by the Internet connection, synchronizing back to the server at the connection speed, in parallel with the operator's work. Although a synchronization could take up to 1 hour, the program allowed to continue working, the only condition was that the data of the candidate or the company to which they were working had already been downloaded locally.

The images were taken from www.archive.org